Snapchat: What Parents Need to Know 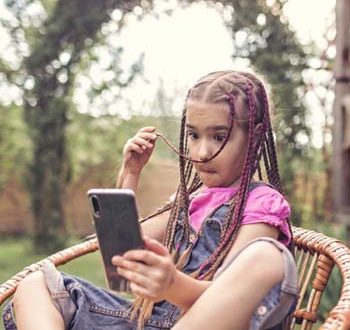 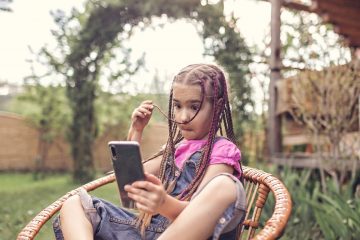 Snapchat, it’s definitely a popular way of ‘chatting’ in the digital world. From our research conducted with kids in schools throughout the Country Snapchat consistently proves popular. In fact, in our most recent research it is in the top 3 of the most popular apps used by children at primary level and its popularity increases among teens at second level. Essentially children can use Snapchat to send pictures and/or videos to their friends, who are also using Snapchat. The photo or video disappears in a chosen time between 1 and 10 seconds. Snapchat also has the ability for the images to stay on the screen for as long as you are holding down on the image but once you let go it will disappear. But you have the option to choose each function.

Many children use Snapchat for the spontaneity factor, the immediacy of it as a way to share photos with their friends. However, there is also a high likelihood that Snapchat can be used as a means to cyberbully, due in part to its immediacy and the fact that the evidence disappears (or is supposed to), as soon as it has displayed for a maximum of 10 seconds. The motivation for creating Snapchat, according to founder Evan Spiegel, was to create a service that provided more privacy than Facebook or other social networks.

It is not surprising then that parents can be concerned about what their children are sharing and with whom. So, what are the things you need to consider when talking to your child about their use of Snapchat? The first thing to stress is the fact that even though your child may think that the image or video they send disappears in a few seconds, this is not strictly speaking true. A screenshot can be taken of the image and then shared and while Snapchat will now tell you if someone has screenshotted your photo but that’s not to say someone else couldn’t take a pic of your message from another phone. Users can also now send text messages on Snapchat which can either disappear once you exist the message, can stay for 24 hours or can be stored until you delete it. These once again have to be chosen by the user, but it is also a risk as they don’t just disappear anymore. Linked to this group chats can be created where bullying can potentially, start between users in the group.

These are great examples for explaining to your child about their digital footprint, how things we post online never fully disappear. Remind them to only share videos or images with their friends, if they see content that upsets them make sure that they feel free to tell you about that experience. Make sure they know how to block the users who sent them things that upset them and that they know how to change the privacy settings on Snapchat to only allow people to add you through a request so that you only accept people you know.

Talk to your child about the importance of behaving in a similar way online, as offline if, they come to contact with someone they don’t know. While no one wants children to be frightened, it is important that they are aware, as age dictates, about the potential danger of encountering strangers when they are online.

As with all elements of staying safe online, communication is central. Talk to your child about what they shared on Snapchat and who they shared images or videos with. It is most likely that your child is using Snapchat as a fun means of communicating with friends, but it is always wise to keep the lines of communication open and encourage a Tell, No Blame approach. Therefore, if there is a chance that Snapchat is being used as a way to cyberbully your child knows that they can confide in you, knowing that there will not be a negative consequence for them.

Ultimately, the popularity of apps will rise and fall, but there is no substitute for encouraging and engaging in regular communication to ensure that your child is safe online.

Parent Blogchildren and smartphones, children and the use of messaging apps, cyberbullying, Digital Footprint, digital parenting, internet safety for kids, open communication with children, Snapchat- what parents need to know