Digital Stranger Danger: When does this become a problem? 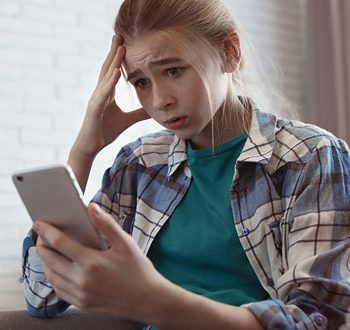 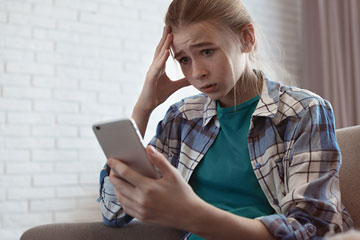 ‘Talking Angela’ has become one of the focal points of Chatbudi Academy over the past few weeks. For those out there who haven’t had this story cross their radar, ‘Talking Angela’ is a child-friendly entertainment app. It is centred around a cat character, which the user plays with and talks to.

The app requests access to the camera and microphone of the device being used and caused concern amongst parents who heard their children speaking into the phone disclosing private information such as their address, school and daily routine. There was viral conspiracy theory that ‘Talking Angela’ may have been hacke

d by a paedophile ring which was requesting and collecting information from children.

When we spoke to group of 8 – 10 year old children about Talking Angela, many of them played regularly and loved it. They were aware of the concerns about the app, but they saw no harm in chatting on the app and answering some of the questions about their personal details. We related this to real life and asked if they would tell a stranger on the street the same information. Immediately they shifted in their seats and quoted ‘stranger danger’. Although this may be a harmless app, it is a bad habit for kids to practice sharing information online.

These conversations inspired us to build out a new module as part of Chatbudi Academy on Digital Stranger Danger. This week’s eBook chapter provides some in-depth insights into this module. The key point discussed is the cognitive disconnect children have between the real world and the virtual world. For example, they do not transfer the real world rules such as ‘Stranger Danger’ into the virtual world.

This chapter also covers the threats that parents need to be aware of with regards to Digital Stranger Danger. Finally, this chapter will provide a guideline of simple steps you can take to minimise the risk to your child’s online safety. You can subscribe to the e-book by following this link.

Are your kids talking to strangers online?

The answer is simple, YES. How do they speak with strangers online? The thought of a stranger approaching our children online is every parent’s nightmare. What some don’t realise is that there is no denying that our children are speaking to strangers online daily. Now, don’t get us wrong, this doesn’t mean there are criminals at the […]