KATE WINSLET IS NOT THE ONLY PARENT WHO THINKS SHE CAN BAN HER CHILDREN FROM SOCIAL MEDIA, BUT SHE WON’T BE ABLE TO 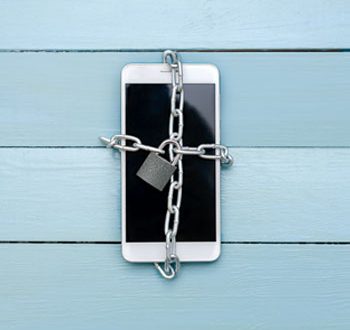 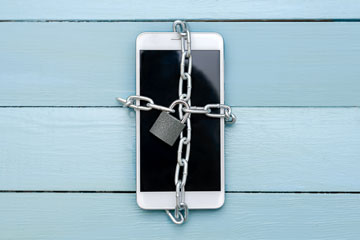 The new film about the life of Steve Jobs gives us all an interesting reminder, in case we needed it, of the powerful impact on our world of one man. Steve Jobs’ innovative brain and vision brought us first the iPod, followed by the iPhone and the iPad. And our lives changed forever. Not only did he give us new and amazing ways to access and disrupt the Internet, he made that access mobile in a way we could never have imagined in the days before smartphones and free Wi-Fi.

As part of the publicity for the film, British actress Kate Winslet – who plays the confidante of Jobs in the film – has created her own media mini-storm by stating that she believes social media and iPads are bad for children, and has banned her children from using social media.

In a Sunday Times article (http://www.thesundaytimes.co.uk/sto/culture/film_and_tv/article1627263.ece) in early November, Ms Winslet (the mother of three children all under 18), says she believes busy working parents are “losing control” of their children, whose self-worth often depends on what strangers think of their selfies. The internet responded quickly, most of it disagreeing ( http://www.people.com/article/kate-winslet-bans-social-media-protect-kids-self-esteem) with her.

What we in Zeeko find interesting about this latest story is how familiar it is! We meet parents all the time at our seminars and we can recognise the Kate Winslet parent in every group. The one who thinks the best way to protect their child from the dangers of social media, cyberbullying and the like, is to ban them completely from social media.

It is very natural in this day and age for the parent who has not grown up as a digital native to decide that the best way to handle this uncontrollable monster called social media is to ban it completely. Unfortunately for Kate and parents like her, this isn’t really an option. Not only is there free Wi-Fi on nearly every bus and train these days, not to mention other families’ homes, it could rightly be argued that Facebook and Instagram and the like are a vital part of a child’s social development.

In Zeeko, we advise parents to learn themselves how social media works, keep the lines of communication open with your child, and put the safety restrictions in place in the home. Internet security guides for parents is a far more realistic option. At our school seminars, we hear stories of parents who have deactivated their child’s Instagram account on the home iPad to discover a few weeks later that the child (under 10 years old) has shown the parent an out-of-date screenshot to fool the parent into thinking the Instagram account was closed when in fact they continued to be active on it all the time. And we have heard the stories of primary school children surfing the internet on their phones on their way home from school using the free Wi-Fi as they sat on the wall outside a local pub.

And this is not just anecdotal. According to a 2014 Netwatch survey, 75% of children access the internet on free Wi-Fi, mostly outside the home. We advise parents to be active mediators in their child’s internet access. Communicate with them, and explain to them the dangers inherent in communicating with strangers on the internet.

WANT TO KNOW MORE ABOUT OUR SEMINARS?

Or email us at louise@zeeko.ie

Are your kids talking to strangers online?

The answer is simple, YES. How do they speak with strangers online? The thought of a stranger approaching our children online is every parent’s nightmare. What some don’t realise is that there is no denying that our children are speaking to strangers online daily. Now, don’t get us wrong, this doesn’t mean there are criminals at the […]

How to teach students the importance of Internet Safety

What is Internet Safety? The threats and OpportunitiesInternet safety or online safety is being aware of the possible threats that we can be confronted with when active online. Threats, whether they be online or in real life are something that we teach our children about, often instinctively from the moment they are born. Children and […]